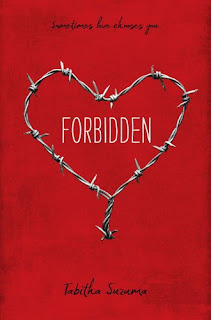 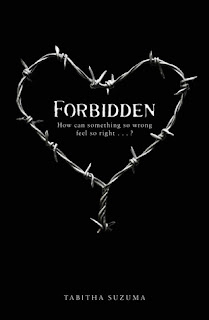 BP: (ok so I'm not alone in the post-reading depression that go into me after reading Forbidden) I struggled to come up with a good enough review for FORBIDDEN, one that could tell people just how much I love this book and how it’ll be in my heart for eternity, Do you read your books’ reviews either good or bad? Why?
There have been so many reviews of Forbidden that it's been hard to keep up! For example online bookstores, blogs and book sites. Goodreads currently has almost 600 reviews! I have been impressed by the quality of many of these reviews, especially some of the ones on blogs, and I try to skim read each and every review and then post my favourites on my website. Writing a book is tough, and reading positive reviews is an important way to keep me motivated with my current book. Reading the negative reviews is also important because as a writer I need to know if there are aspects of my writing that readers don't like.
Now on to some less heavy stuff, sorry but I told you I’ve been traumatized.
BP: What was the last book you read?
Post-Birthday World, by one of my favourite authors, Lionel Shriver.
BP: Could you describe yourself in 3 words?
Mad, passionate and obsessive!
BP: Are you more of a coffee girl or a tea girl?
Coffee: I do most of my writing at night so I need the caffeine to stay awake!
BP: Is there a book in your current reading list?
Never Let Me Go, by Kazuo Ishiguro
BP: Favorite author/s?
Lionel Shriver, Maggie O'Farrell, Kay Redfield Jamison, Elizabeth Wurtzel, Marya Hornbacher, Michael Cunningham. In YA (which I don't read much of now) I was greatly inspired by KM Peyton, S.E. Hinton and Lois Duncan when I was younger.
BP: Who inspires you?
My little brother Tiggy who is training to become a concert pianist at the Royal Academy of Music in London. (www.shinsuzuma.com)
Vasily Petrenko, close friend and conductor of the Liverpool Philharmonic Orchestra here in the UK.
Video clips of people, films and performances that inspire me can be found on my website, here: http://www.tabithasuzuma.com/#/inspiration/4542288028
BP: Favorite Music?
I love classical: Rachmaninov, Mozart, Beethoven etc. But when I write, I mainly listen to movie soundtracks which reflect the mood of the scene I am writing.
BP: What’s the funniest thing a reader of yours has asked you?
'Are you the real Tabitha Suzuma?'
BP: What do you think are your strongest and weakest points at writing?
My strongest point is probably characterisation. My weakest point is perhaps making enough distinction between narrators' voices.
BP: Finally, do you have any random fact of yours that most people don’t know?
When I was a teenager, my hair was so long that it reached the back of my knees!
I really want to thank Tabitha since she wasn't feeling so well before or maybe even while answering to this tons of questions! but thanks again Tabitha for answering and taking the time and just for being awesome! hehe
don't forget to check out my review of Forbidden on my -Alba's reviews- album!! it really is an amazing book! one I hope you'll love and sherish just as much as I did!
On other news my Facebook page reached 500 fans so it might call a for a giveaway soon so stay tunned!!
author interview beautiful books books I love forbidden interview tabitha suzuma