-review- But I Love Him by Amanda Grace 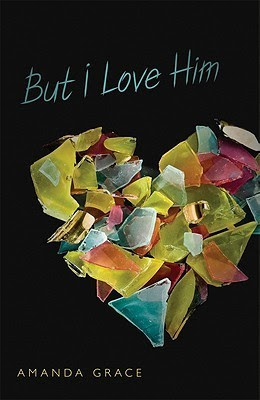 -And today will just be another day in a long chain of disappointments...-


COVER LOVE!!!-sorry, I had to say it-
I finished But I Love Him over the weekend.
But my emotions were all over the place that I couldn't write my review until now...
I was so excited! And believe me, the book didn't disappoint.


First of all Amanda's amazing and completely awesome thinking of reverse chronological writing with little snippets of the present, with this specifically contemporary topic was exactly perfect for the book.


I loved her approach on the subject. Love how deep she dug to make us understand, if only a little, about why Ann did what she did, why she kept believing what she believed and why she simply chose what she chose.


The book is, simply put, about choices and youth and love.

-I have to decide who I love more: me or Connor-


Oh, but Clouds! I do have to remark that my weakness was again brought up to me with this book...the cover IS the book people...completely, it's the raw representation of the book itself and it completely blew my mind away.


Ann isn't who she was a year ago... And now she's broken. Literally. And she doesn't think she can fix it.
So we start on a road to see how things got so ugly.


I found myself really intrigued with the fact that I nodded and approved and completely agreed with a lot of the decisions that Ann made specially in between her 5 months together with Connor.
I perceived her as a really centered and down-to-earth almost 18 year-old who knew what she wanted and saw the good in the people surrounding her, as hard as that was...but obviously as the story progressed she changed. A lot. I knew where the faults were and asked myself how I did NOT see that one coming.
She thinks she can save Connor, Connor thinks she's the best thing that has ever happened to him in a lifetime of torture and hurt, and everyone around Ann thinks she's crazy for even considering to continuously stick up by his side.

-I don't move, just let the car idle where we sit, somewhere halfway to nowhere but not nearly far enough away from everything.-


It's a roller-coaster of emotional break downs, of hurtful truths being confessed but also discovered, of feeling love for the first time, of hiding aways, of running aways, of physical hurting and emotional hurting.


I wish Ann's character would have been a little more alive...I know she was at the beginning~which is the end of the book in this case~but that's not what I'm talking about...sometimes her character felt a little surreal to me, but it might just be me or maybe that's what the author went for. She became so obsessed with helping Connor...that she didn't see what he was doing to her, how he was transforming her into someone she was not...


And yes, Connor might seem to be the bad guy, but he's not, at least not 100%, he's broken and he can be fixed hehe he might mean everything bad he says and does but he knows that it's bad...I really rooted for him to change and to open his eyes.
Also, I did manage to blame Ann's mom a lot too...heheh read the book to know what I'm talking about.

-"You're the first good thing that's ever happened to me, and I don't know what to do with it."-

I'm always thankful to authors who write about such hard topics and subjects.
So, concluding
I think Ann did love Connor at some point but afterwards it became more of a goal and obsession to save him, to change him, to make him the person she thought he was when she first met him...


And to Connor
You can't try to change your future if you haven't let go of your past.
Letting go of your past doesn't mean you'll forget it.
You're strong enough to fight yourself.
Whenever you're ready...whenever you decide...love will be expecting.
True and healthy love...not the depending one, not the pinning one but the true one.
You're human, you'll make mistakes but make them while trying to change.
You're good enough.
You're worthy of love.
Believe.

-There is no before and after. Just a year of choices.-


I give this book