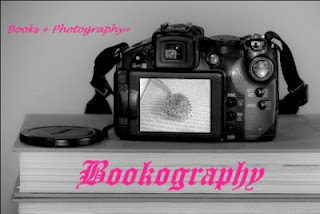 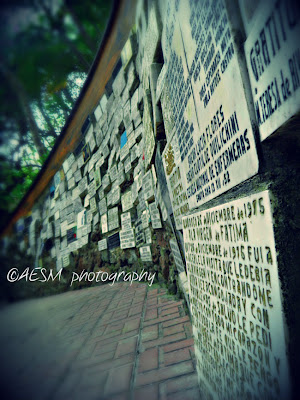 "It won't happen to you. You're too strong. You'll fight it, just like you did this
time."

I can't remember when I took the picture. But it was a trip I had to make because I was my grams and mom's driver :D
We went to this tourist place... they had a statue of some virgin there, but that's NOT what caught my attention. At all. What did completely amaze me, were ALL this plaques.
At first I thought they were from gravestones or some kind of thing for the dead, like good-byes or something. But when I asked my mom and after I stopped being afraid... I took a closer look and they were... THANK YOU plaques.

Apparently people go there to pray to the virgin I told you about, they ask for miracles and the likes. And when a miracle happens or one of their, um questions is answered or well, you know... when what they ask for happens... They go ahead and make a plaque saying a quick 'thank you' while also 'quick describing' what it was that they got...

My beautiful people... the wall was HUGE, LARGE, TALL.... And still... they were building for more space...

Well, but that's just me trying to put a story to the quote I chose... Imagining them not asking the virgin but God you know??? hehehe ANYWAY :D

I edited a bit much... hehehehe