- November 20, 2012
I'm completely thrilled to be taking part in the blog tour for book #3 on The Protector Series by author M.R. Merrick, Release!! (See sidebar to know the day it'll stop by on BookPics)
I'm currently reading book 2, Shift and my review for Exiled

I cannot begin to tell you what a surprise these books have been to me, a good one...
Since Release it's almost out... I'm giving a shout-out to the 2 books that precede it!!

With an excerpt for book one -Exiled- and a giveaway for book two -Shift- I hope you're more than willing to give this series a shot!
Here it goes!!
-Thanks Val and author M.R. Merrick for being awesome.-

Lives Will be Lost

Nothing, Will be Forgotten Chase Williams is a demon hunter in the Circle, or at least he was supposed to be. On his fifteenth birthday, Chase stepped up to the altar to claim his elemental power, but it never came. Elemental magic is passed down to a hunter through the bloodline, but on Chase's birthday, the bloodline stopped.

Exiled without the Circle's protection, Chase has spent two years trying to survive a world riddled with half-demons and magic. When he has a run in with a frightened and seemingly innocent demon, he learns the Circle's agenda has changed: the Circle plans to unlock a portal and unleash pure-blood demons into the world. Vowing to stop them, and knowing he can't do it alone, Chase forms a reluctant alliance with Rayna - a sexy witch with an attitude and a secret.

In their attempt to stop them however, Chase and Rayna find themselves in the middle of the Circle's plan, leaving one of them to decide what their friendship is worth, and the other's life depending on it.

Get the books!
Amazon ~ Barnes & Noble ~ Goodreads ~ Smashwords ~ All Other Retail Outlets

Take a look at an excerpt of book #1 of The Protector series, trust me, you'll be hooked! 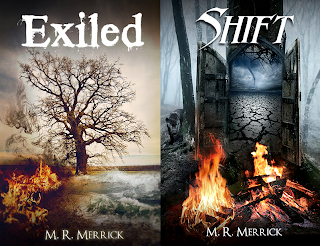 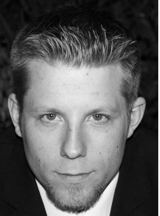 M.R. Merrick is a Canadian writer and author of The Protector Series, a Young Adult mash-up between Urban and Epic Fantasy. Having never traveled, he adventures to far off lands through his imagination and in between cups of coffee. As a music lover and proud breakfast enthusiast, he’s usually found at the computer between a pair of headphones and in front of a large bowl of cereal. 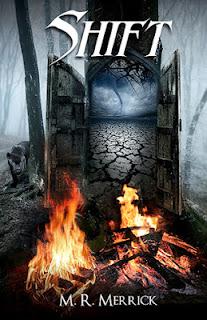 
-3 signed copies of SHIFT available to be won.
-INTERNATIONAL.
-All you need to do is fill out the Rafflecpter below!
-Ends Dec 3rd

Good Luck everyone!!
And I would appreciate it if you spread the word!!!!
Share the bookish love!
Don't forget to keep an eye on the day the blog will stop by here!!!
blog tour book giveaway book promo book shout out books excerpts EXILED M.R. Merrick Release Release blog tour Shift Shift giveaway the protector series