Hey y'all! I'm so happy to welcome you to my stop on The Holders blog tour!!
I'll be sharing my thoughts on the book and there's also a giveaway going on!
Be sure to check it out at the end of the post.

First though, lets get to know this book. 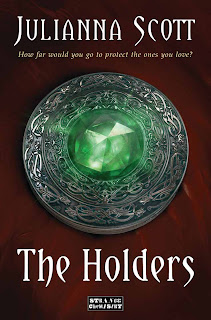 17-year-old Becca has spent her whole life protecting her brother - from their father leaving and from the people who say the voices in his head are unnatural.
When two strangers appear with apparent answers to Ryland's "problem" and details about a school in Ireland where Ryland will not only fit in, but prosper, Becca is up in arms. She reluctantly agrees to join Ryland on his journey and what they find at St. Brigid's is a world beyond their imagination.
Little by little they piece together information about their family's heritage and the legend of the Holder race that decrees Ryland is the one they've been waiting for. However things are not as clear as they once were, and everyone is in for a surprise that will forever change what they thought they knew about themselves and their kind.
***

I can't believe how many surprises I've had these last few months when books are concerned.
I'm always wary of accepting books for review from authors whose work I haven't previously read. But that's the point right?
Discovering new books to read and awesome authors to love.


And boy, did The Holders live up to what I expected from it.
I only read half of the book description before I said YES! To reading it.


Becca was an amazing character! One that definitely sticks in your mind long after you've finished reading the book.


-"Who told you was a big deal?"
"No one told me it is, but they keep telling me it isn't, and when something really isn't a big deal, no one ever says it isn't, they just don't say anything. People only say things aren't a big deal when they really are."-

This book touches so many topics in such a short time it's amazing!
The plot kind of changes from one point to the other but it doesn't affect the story as a whole at all.
From family issues, feeling protective of younger siblings, not having a father figure growing up, believing one beloved one has mental issues, to deciding what college or university to attend, what career path to take, ALL THE WHILE knowing deep down that you're definitely special, definitely NOT normal, and maybe even… Not even human?! GASP.


But I loved it! I loved the writing pace, the SETTING!
I loved loved the setting! I've always been a UK fan but whenever I'm transported to any of those countries while reading a book is… Is indescribable.


Becca will do anything, ANYTHING to protect her little brother Ryland, doesn't matter to what extents she'll have to go to do so.
She's the strong one in the family, she's always been… But. Wait. Will she be able to maintain that so far away from home?
Will she be able to keep her heart hidden and away from ever falling in love?
Alex is just -swoons- And maybe he's not even as old as one would think.


-I wanted him to want to let me in, not be unable to keep me out.-

The Holders is a really great story about love, family, friends, self-discover, and power. Tons and tons of power. With bits of laughs here and some tears there.


Kissing is just an added bonus.


As for my weaknesses?
The book cover? While it is definitely part of the story and has a huge huge role in it I have to admit, I'm not such a big fan of it.
I know it's bad but if I had seen the book on a shelf on my local bookstore I would have most likely skipped it… But yes, it IS in the book as much as it is on it.
And the tittle? It's perfect hehe, that's exactly what this is about. 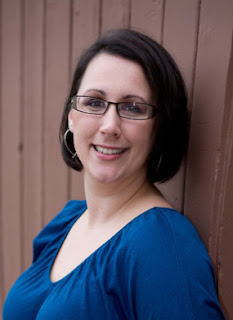 Julianna was born in Pittsburgh, Pennsylvania, and spent the majority of her educational career convinced she would be a musician. However, after receiving her music degree from Edinboro University of Pennsylvania, she realized that she'd been born in the wrong era for her dreams of singing jazz to adoring fans clad in zoot-suits and flapper dresses to come true, and began to wonder if her true calling might be elsewhere.
While Julianna had always excelled in writing throughout school, she'd never considered it a career possibility until about three years ago, when she'd gotten her first story idea and decided to go for it. She grabbed her laptop, started typing away, and has never looked back.

US and CAN only!
Sorry international :( I'm not hosting the giveaway.