Welcome guys to my stop on the Strength blog tour!
I'm really excited to be sharing my thoughts on the book with you all!
Trust me, this book is one you don't want to miss :)

[Be sure to check out all the other stops on the tours HERE.] Too curious for her own good, Rena vows to uncover the truth behind Wallace’s madman reputation--and how two seconds of contact had left her with bruises. Of course, there are a few setbacks along the way: guilt, admiration, feelings of the warm and fuzzy variety…

Not to mention the unwanted attention of Wallace's powerful, supernaturally-gifted family.

They’re a bloodline divided by opposing ideals, two soon-to-be warring factions that live in secret among us. When Rena ends up caught in their crossfire, Wallace has no choice but to save her by using his powers. Now they’re really in trouble. With war on the horizon and Rena’s life in the balance, he needs to put some distance between them. But Rena won’t let go. If fighting is what it takes to prove her own strength and keep Wallace in her life, then that’s what she’ll do--even if it means risking a whole lot more than her heart. ***

Get the book!
Amazon
Barnes & Noble
Also you can check out the book trailer Here.

Again, surprised. I think I might have to change my review policy once again :) But we'll see... I'm just scared of missing out on new talent because I'm wary of reading books that aren't traditionally published by the huge publishers and stuff...

Strength was a book exactly about that, Strength. I immediately felt intrigued yet scared of how the first chapters describe what will soon be our main character.

Rena is incredibly vocal, as in... Ummm her mind is never silent. She thinks 10000 thoughts a second or something haha. The way she views the world, her thoughts on the not normal, how she suddenly is standing up for someone she just met, how she loves her roommate as much as she hates her. She's just that, a multifaceted girl in college that later on and throughout the book starts to grow up not only as a character but as a friend as well.

Wallace, oh Wallace, how you snatched my heart soon after we learn about your... "Condition"
I was more than curious, I was delirious to know just what exactly was that you were... that you are... I wanted to dive into his mind and know whatever thoughts pass through there that leads him to make the decisions she makes and to live the way he lives... Which is... isolated and alone, really really alone. No worries though I'm always here for you!! Wallace = Swoon.

All secondary characters were quite enjoyable some more than others, personal opinion here. But I could have lived without Rena's friend... Aiden... I just... I couldn't get to like him.

Whereas... Nicholas -giggles- ... hahahahah He was the perfect spice for this whole book... I cannot imagine this whole story without him :D

About the author's wiring... I enjoyed it. I liked it. I thought it was neat and precise :) I like how she slowly gave tidbits of 'strength' and others I was laughing out loud thanks to a certain roommate... Though I have to be honest here, if I NEVER read the word "Gag" it'll be too freaking soon. So that was a major down for me and my read... Other than that I thought the story was really a great one. Even if I did find some similarities with one of my favorite books ever, I decided to try to look past that and enjoy the story, which I did :P

The plot develops slowly and changes its course more than once... But BoY! I did NOT see that one coming... NOT.AT.ALL.


-How could a guy look like sin and chase after redemption? It didn't add up.-

So, if you're into mysterious sounds in the middle of the night coming from the room next door, into dark and broody, into tall and sexy, into strong and supernatural, into sacrifice and love. Then, sure, this book is definitely for you!

My weaknesses!!! BOTH were in it!! BOTH BOTH!! The tittle is IN the book as much as it is ON it and The Cover?!!! Completely depicts what the story plot revolves around.
Don't miss the chance to read this. 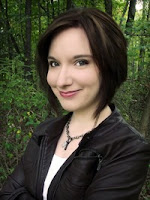 -BookPics is not hosting this giveaway.-