Welcome guys! To my stop on the Drowning in You by Rebecca Berto blog tour stop!!!!
Brought to you by the awesome Xpresso Book Tours (Be sure to check out all the other stops by going HERE.)

I've been waiting impatiently for my stop on this tour because lately these NA tittles have been driving me insane with how good they are getting and I really hope that this is not an exception.

While I have yet to read the book I'm here offering you a sneak peek of it!

But first, lets get to know a bit more about the book, Crushed by a tragedy

Charlee May’s been crushing on Dexter Hollingworth since she was fifteen. Five years later, a horrific skiing disaster at Mason’s Ski Lift Resort leaves her millionaire dad critically injured and her mom dead at the hands of Dexter operating the lifts. Charlee is suddenly the sole caretaker for her little brother while their world falls apart.

Dexter couldn’t be more different from Charlee. He’s tattooed, avoids exclusive relationships and his Dad has a fair share of illegal dealings. With Dexter’s reputation, almost everyone believes he planned the Mason’s skiing disaster.

And after all these years he’s still crushing on Charlee May, the girl who’s too good for him.

When this cruel twist of fate ties Charlee’s family and Dexter’s reputation together, Charlee and Dexter wonder if their feelings are reciprocated, while Dexter discovers his dad is trying to steal the May’s millionaire fortune.

But like an addiction, one look, one touch, one taste—they’re hooked no matter the consequences.

As per all the fourteen- to eighteen-year-olds at our school, I started crushing on Dexter Hollingworth around the age of fifteen. There was one girl who hated him, but she was into girls.
From the football field sidelines to graduation day and beyond, my best friend Rosa and I have wanted him. But guys like Dexter don’t notice girls like us who spend most of our time talking about cool people like him.
At twenty years old, I still “love” him.
I love the way his body personifies what a male God should be without looking like Fabio.
I love the way his perfect tanned skin is inked and how he wears those aviator sunglasses and how he’d use up his lunchtimes to teach the little kids in our school guitar lessons.
But I hate the way I love him.
I hate how Dexter was the one controlling the ski lifts at Mason’s Ski Resort the day my mom was killed because it also put me here, in this position, praying to a God I’ve never believed in to spare my dad’s life.
In this hospital room, the air is as quiet as the still of night and my dad’s languid breathing and drawn-out, heavy movements remind me that my perfect family life was never meant to be forever.
If I’m being honest, it seems like things are already over. Dad’s skin keeps a yellow color—at best—from the IV drip. His meds help with the simple tasks his heart and other organs can’t. My thoughts wander again. I don’t let myself consider the alternative—that maybe it’s wishful thinking. I go with this:
“Dad,” I say, jealous my little brother, Darcy is holding our dad’s hand—the hand he can squeeze with. “Look at you.” I wink.
“Is she okay, Dad?” Darcy asks, sounding as though he’s confused.
“Charlee?” The confusion is contagious, but Dad’s patient zero—not Darcy.
There are bars that raise and lower around Dad’s bed, and they’ve been raised forever. Surely they must be there because they’re too hard to put down in their scratched, old state. My dad doesn’t need silly bars around his bed! My dad owns Roycroft Engines.
“I think you’re squeezing Darcy’s hand too tight,” I say.
“Wha-at?” Darcy says. He’s staring at me with squinted eyes, probably thinking what’s wrong with my sister? She’s supposed to be the adult.
It hurts smiling like this, the creases halfway up my cheeks. But maybe it’ll work. “Isn’t that right, Dad?”
Dad’s eyes are like I remember them now. There’s vibrancy in the rich brown color, like my eyes. I bet he’s thinking is his daughter crazy? He tilts his head to the side—
Injured people don’t understand things like this. Injured people don’t get what’s unsaid. Dad’s not that injured.
—as it clicks. Dad shakes out of Darcy’s grip and waggles his finger at him. “That nurse…”
“Lisa Hollingworth,” I say.
“Yes, Lisa. That nurse Lisa said motor function is good. Squeezing someone’s hand uses up a lot more strength than you think, son.”
Darcy’s mouth flops open and stays that way. He checks out Dad, who’s nodding, and me—should I nod?—so I nod also.
“Squeezing your hand probably takes Dad twenty muscles and millions of brain cells just to do something like that.”
“No way!” Darcy grins and punches the air. “Dad, that’s cool.”
And just like that, Darcy has that same face on as he had when Mom told him she had to wait three hours in line to buy Desert Warcraft and yeah, she really, really got it for him.
That face is why I haven’t downed twenty sleeping pills yet. God knows these last weeks have felt like months, which actually felt like years. That makes me the most ancient twenty-year-old alive.
Why, Dexter? Why did it have to be you in that seat, in that room, at that time? 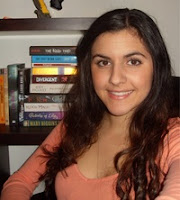 Rebecca Berto is the author or the dark contemporary/literary novella, PRECISE and the upcoming new adult contemporary romance novel, DROWNING IN YOU. She is also a freelance editor.
She writes stories that are a bit sexy, and straddle the line between Literary and Tear Your Heart Out. She gets a thrill when her readers are emotional reading her stories, and gets even more of a kick when they tell her so. She’s strangely imaginative, spends too much time on her computer, and is certifiably crazy when she works on her fiction.
Rebecca Berto lives in Melbourne, Australia with her boyfriend and their doggy.