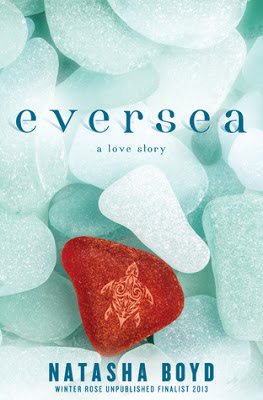 
• An orphaned small-town southern girl, burdened by responsibility and stuck in time.

• A Hollywood A-list mega-star, on the run from his latest scandal and with everything to lose.

• A chance encounter that leads to an unlikely arrangement and epic love affair that will change them both forever.

When his co-star and real-life girlfriend is caught cheating on him with her married and much older director, A-list hottie, Jack Eversea, finds himself in sleepy Butler Cove, South Carolina. Jack hopes the sultry southern heat in this tiny coastal Lowcountry town will hide him not only from the tabloids and his cheating girlfriend, but his increasingly vapid life and the people who run it. He doesn’t count on meeting Keri Ann Butler.

Keri Ann has relied on herself so long, dealing with her family’s death and the responsibilities of keeping up her family’s historic mansion, that boys and certainly the meager offering of eligible boys in Butler Cove, have never figured into her equation. But fate has other plans. Suddenly face to face with the man who played the movie role of her favorite fictional character, Jack has Keri Ann yearning for everything she has previously avoided ... and Jack must decide whether this funny, sassy girl is worth changing his life for, before his mistakes catch up to him. “Jack wasn’t just a boy. He was a dazzling, heart-stopping, aura of a man who in just five days had me feeling like I was perched on the edge of a precipice, and seriously contemplating throwing myself over the edge. The idea was terrifying in its finality and in its inevitability.”

I swallowed my nerves as I let my eyes slide down his abs to the vee his hips made as they disappeared into his shorts.
“You’d better stop that,” he said, his voice husky.
I didn’t want to stop. I wanted to kiss him again, but I didn’t want to be so forward. So I shook my head.
“No?” he asked.
“No.”
I leaned back and rested my elbows behind me on the ledge, mimicking his stance. A challenge. I almost didn’t recognize this new me.
His eyes narrowed as if he was trying to suss me out. I realized my position had thrust my bikini-clad chest forward, but it was too late to suddenly get shy.
“Come here,” he commanded, quietly.
I held his eyes. “You come here,” I countered.
His dimple reappeared as he shook his head slightly with a small lopsided and bemused smile, and then he swam four strong freestyle strokes to stand in front of me.
I stayed perfectly still as he held my eyes. His wet skin and hair made his eyes startling. Then he stepped forward between my legs, pushing my feet apart. My pulse tripped over itself.
“This is a good spot,” he murmured, echoing my unformed thoughts exactly. His hands came to my bare waist, the water allowing his skin to slide across mine. 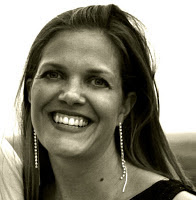 Natasha Boyd is a writer with a background in marketing and public relations. She lives in the coastal Carolina Lowcountry, complete with Spanish moss, alligators and mosquitoes the size of tiny birds. She has a husband, two sons and a cat named Tuna. Eversea is her first full-length novel.

-Giveaway not hosted by BookPics-