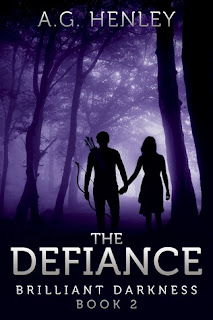 It hasn’t been long since Fennel, a Sightless Groundling, and Peree, her Lofty Keeper, fell in love and learned the truth: the Scourge, and their world, are not what they seem.

Fenn and Peree are determined to guide their people to the protected village of Koolkuna, but first they must convince them that everything they believe is a lie. An impossible task, especially when someone seems hell-bent on trying anything—even animal sacrifice and arson—to destroy the couple’s new bond and crush the frail truce between the Groundlings and the Lofties. Not everyone wants to uproot their lives in the forest, and those who stay behind will be left terribly vulnerable.

Fenn and Peree’s resolve to be together, and the constant threat of the Scourge’s return, push both groups to the breaking point. Unable to tell friend from foe, Fenn must again decide how much she’s willing to sacrifice to ensure the future of the people of the forest.

Only this time, the price of peace may be too high to bear.

Get the book,
Amazon


Praise for The Defiance:

"Fans of The Scourge, you will not be disappointed with this sequel. The Defiance was thrilling, romantic, and full of surprises. Loved this book!"
-- Imagine a World, blog review

"I had very high hopes for this follow-up novel, and Henley DEFINITELY delivers in her sophomore release!"
-- Booking It With Hayley G, blog review

"I absolutely LOVED The Defiance! No, I
more than loved it! It was breathtaking, intense, romantic,
suspenseful . . . the list could go on and on!"
-- ARC review

-What is The Scourge about? Did you have any interesting moments while researching the book?

In The Scourge, Sightless Fennel must face terrifying, flesh-eating creatures called the Scourge, in order to gather water for her people, the Groundlings, as they hide from the creatures in caves near their forest homes. Fenn’s Sightlessness is supposed to mysteriously protect her, but she hasn’t been tested. Until now.

I did learn some interesting things while researching The Scourge. I can’t tell you the most interesting thing I learned, because it is a big spoiler. It had to do with how the Scourge became the way they are . . . But, I recently had the opportunity to do some hands-on research into archery (Peree, Fenn’s Lofty Keeper and the male protagonist of the series, is an archer.) My fingers are still red and a little sore from releasing the arrows!

-As I read The Scourge, I thought it was refreshing for Fennel, the heroine, to have a physical disability. Where did the idea to make her Sightless come from?

I can’t remember exactly when the idea came to me, although it was before I started writing the manuscript. I thought it would be cool to feature a protagonist with a disability. I’d read widely in the YA genre and couldn’t think of many books that had a disabled main character. As for making her blind, I was influenced by Ivy in the film The Village. I love the way Ivy and her family and friends seem to accept her blindness as just a part of who she is. It is a challenge to be sure, but it doesn’t define her. The film often gets a bad rap, in my opinion. I loved it—especially the setting and atmosphere.

-I know this may be a tough one, but which character is your favorite?

Oh, that’s not too hard. I love Fennel. She’s who I wish I could be: strong, brave, intelligent, responsible, concerned about others, family and community oriented, non-judgmental. And yet still fully human, I think, with as many insecurities and small concerns as any seventeen-year-old.

I also had a blast developing Moray’s character in The Defiance. He’s an antihero—deliciously self-centered and arrogant—while still adhering to his own code of ethics and values. They just aren’t the values most other people share (thankfully.)

-The character names are unique and refreshing, how did you come up with them?

I wanted the character names to reflect something about the groups they came from. In my series, there are two main groups of people—the Groundlings, who live on the ground, and the Lofties, who live in the tops of the trees. They are locked in an uneasy, sometimes violent, symbiotic relationship. The male Groundlings have animal names (Bear, Eland), the female Groundlings have plant names (Aloe, Rose), the male Lofties have bird names (Peregrine, Petrel) . . . and then I ran out of steam for naming the female Lofties. I eventually decided they would be named for something in their environment (Moonbeam, Dusk). The Groundlings make fun of the female Lofty names, which was really me making fun of myself for not being able to think of anything better!

It occurred to me much later that by giving the characters these types of names, I also gave readers a sense of what the characters either look or act like. It’s a little heavy handed, but I think it’s also helpful when you write in first-person from the perspective of a blind main character who can’t describe the way other characters look.

-If you were a character in the series, would you choose to live on the ground or high up in the trees?

I think I’d choose to live in the trees, where I could have a view and catch the breezes. But mostly I would want to have the choice, unlike the characters in my books.

-The Defiance—the second installment in the Brilliant Darkness series—released on July 29th. Did you plan the novel before writing The Scourge, or did you wait to see how the first installment faired?

I published The Scourge last year without being at all sure I would write another book of any kind. It took me months to decide to write a sequel. I am a pantser (meaning I don’t outline or plot books before I write them) so I had only a vague idea of where I would take the plot of a sequel. I actually had a much better idea about what a third book would include. But usually when I let my mind wander the ideas start to flow, and that’s what happened with The Defiance.

-Speaking of The Defiance, what can fans of The Scourge expect in this second installment?

Fennel and Peree are determined to be together in the protected village of Koolkuna, and Fenn feels strongly that it’s their responsibility to bring their people, the Groundlings and Lofties, back with them. When she receives a frightening message—a pair of dead, bloody animals gutted and nailed to the wall above her bed—she realizes that not everybody is willing to go along with her plan.

-Tell me three things that you loved about writing The Scourge and The Defiance.

·      Allowing my imagination to run wild
·      Spending time with my book children, especially Fennel and Peree
·      Learning about the craft of writing fiction and the business of publishing

-Post-apocalyptic and dystopian fiction are popular sub-genres in the literature world right now. Why do you think people enjoy them so much?

I think it’s intriguing to read about and imagine how you would react if you were put in these kinds of dire situations. Would I make the same decisions the heroine does? Would I feel the same way she does? Or would I decide to do something wildly different? Reading gives us a safe (and fun) way to explore those decisions.

Ooh, good question. I agree with the scores of other people who have said writers should spend almost as much time reading as they do writing. I love reading, so it’s been a treat to turn a hobby into something I have to do for “work” ; )

I recently devoured the first two books and the novella in Tahereh Mafi’s Shatter Me series. SO good. I also read and loved Mary Robinette Kowal’s Glamourist Histories series. I have an affinity for historical fiction already, but write in the style of Jane Austen and throw in some magic, and I’m utterly hooked. Now I’m starting on indie author Chelsea Fine’s The Archers of Avalon series. Her books won a bunch of awards at the utopYA convention where I was a panelist in June. I try to read a mix of both traditionally published and indie-published authors. I also mix in a few classics. I re-read Oliver Twist and The Great Gatsby in the last few months. 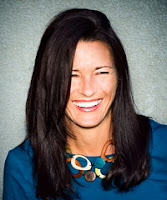 A.G. Henley is the author of the BRILLIANT DARKNESS series. The first novel in the series, THE SCOURGE, was a finalist for the 2013 Next Generation Indie Book Award.
A.G. is also a clinical psychologist, which means people either tell her their life stories on airplanes, or avoid her at parties when they’ve had too much to drink. Neither of which she minds. When she’s not writing fiction or shrinking heads, she can be found herding her children and their scruffy dog, Guapo, to various activities while trying to remember whatever she’s inevitably forgotten to tell her husband. She lives in Denver, Colorado.