Today I'm spotlighting this book that has a very very memorable title, also there's a giveaway at the end of the post so be sure to check that out. 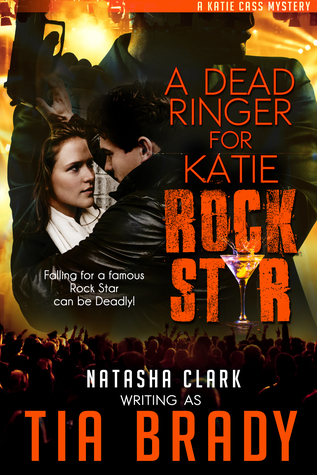 A Dead Ringer for Katie ROCK STAR by Tia Brady


She was only there to pay off a debt…
Local Courier and Company Rep. Katie Cass of Cass Construction, Inc., is thrown into dangerous bay waters investigating a visiting Rock Star and his band.
The recent college graduate returns home to work for her dad at Cass Construction, after a few rocky relationships and a scandal. Now broke and in debt, her simple plan to save money and start over turns into a dangerous investigation, as this soon to be twenty-two year old sets out to retrieve her best friends stolen heirloom from a hot, but stick-fingered Rock Star…
Welcome to Angel Bay, where nothing is as it seems!


But somehow Katie was now neck deep in investigating a theft of an heirloom necklace. Ok, not somehow. Once again her too eager-to- help nature got the best of her. Just like the gambling addicted ex-boyfriend who racked up the debts. Now her poorest-of- judgment best friend needs a favor: help find the necklace stolen by none other than rock god, Sleigher, lead singer to the Cave Spiders.
And from there, things only get more complicated…the fact that Sleigher is hotter- than-hot, and oh-so- irresistible just the beginning. Throw in a sexy Police Detective, a psycho fan-girl, and Katie’s visiting mother (Mob-Boss boyfriend in tow), and somehow simple debt payback turns into chaos Rock Star style! 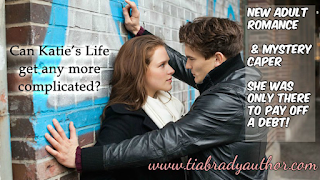 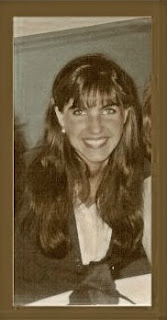 Tia Brady, is an American Author, who was born in Silver Spring, MD but moved shortly after. She now lives in a town similar to Angel Bay and works a job similar to her heroine Katie Cass, but all she writes is made up, of course!
Tia graduated from George Mason University with a degree in Philosophy, and has written a movie script, TV pilot and her New Adult Romance Caper is a fun, sexy, rock band themed Mystery, with a script-like vibe. Tia will continue with her Dead Ringer series with Book two releasing this winter.
Tia loves the 80's, fresh brewed coffee, sunshine, and Rockin' out to Duran Duran, Huey Lewis & the News, some 90's (grunge & alternative), and select soundtracks. Her Rock Star crush is Tom Cruise with whom she'd love to go for a moonlit run.
Find out more about Tia, her upcoming books, and check out her interview with a rock star segment at www.tiabradyauthor.com or https://tiabradyauthor.com/